A PSH-SYN flood is a DDoS attack designed to disrupt network activity by saturating bandwidth and resources on stateful devices in its path.

By continuously sending PSH-SYN packets towards a target, stateful defenses can go down (In some cases into a fail open mode). It happens as it leaves the target’s TCP backlog saturated and the server and/or daemon attacked will not be able to receive any new connections. This flood could also be used as a smoke screen for more advanced attacks.

Below an analysis of an PSH-SYN flood is shown. The following images depict a high rate of PSH-SYN packets being sent from a single source IP towards a single destination IP.

In Image 1 below, you can see the flood of PSH-SYN packets coming from a single source. Notice the rate at which the packets are sent. 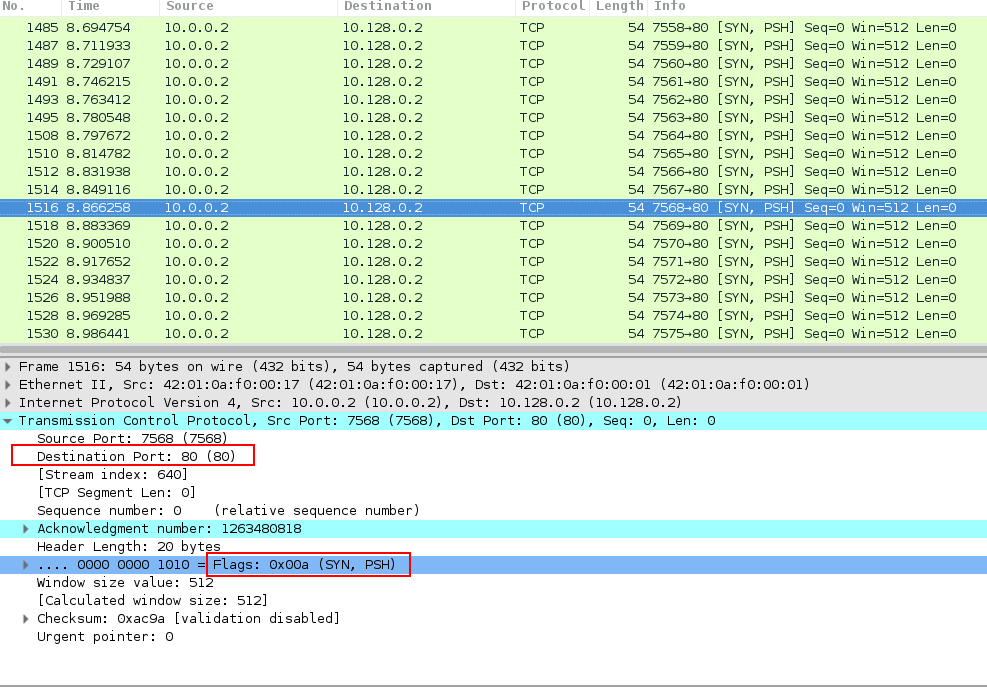 In Image 2 you can see the victim responding with a SYN-ACK packet as a response to PSH-SYN packet which the victim mistakes as a packet sent to initiate  TCP handshake (which contains a corresponding sequence of SYN – SYN+ACK  – ACK ). Because of receiving a packet with PSH flag, which marks urgent packets, the victim sometimes retransmits SYN-ACK packets or even makes spurious retransmission (a retransmission for data that was already acknowledged by the receiver) as seen in packages 1534, 1535. 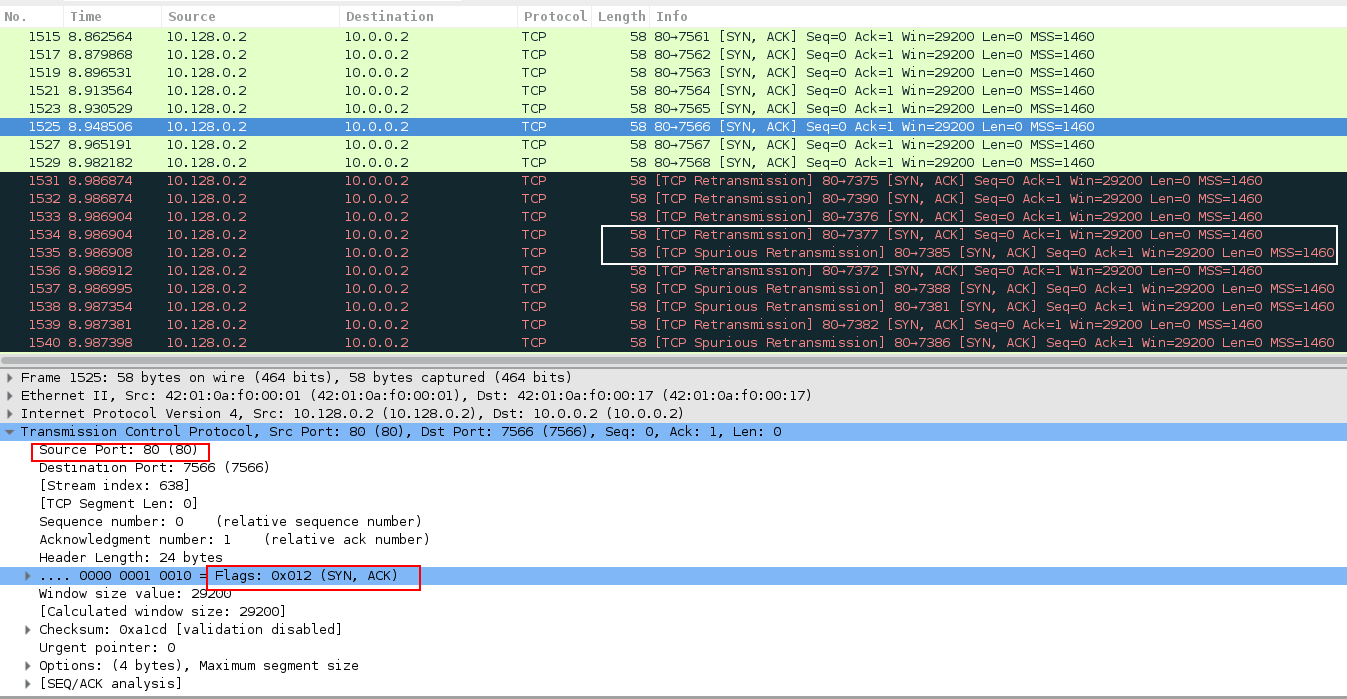 As seen in Image 3. The capture analyzed is 9 seconds long,  and the total average number of packets per second are at 171, while average number of SYN-ACK packets sent by the target per second are at 113 – twice the number of the originally sent PSH-SYN packets. The total rate is around 78Kbps, while rate of SYN-ACK sent by the target is around 53Kbps – more than twice rate of the originally sent PSH-SYN packets. Attack rates could be much higher.

A typical PSH-SYN flood running against an unsuspecting host will look similar to the above analysis. Generally what is seen is a high rate of PSH-SYN packets (not preceded by a TCP handshake) and twice higher ACK-SYN packets coming from the targeted server.

Analysis of an PSH-SYN flood in Wireshark – Filters