An ACK flood is DDoS attack designed to disrupt network activity by saturating bandwidth and resources on stateful devices in its path.

By continuously sending ACK packets towards a target, state full defenses can go down (In some cases into a fail open mode) and this flood could be used as a smoke screen for more advanced attacks. This is true for other out of state floods too.

Below an analysis of an ACK flood is shown. The following images depict a high rate of ACK packets being sent from a single source IP towards a single destination IP. 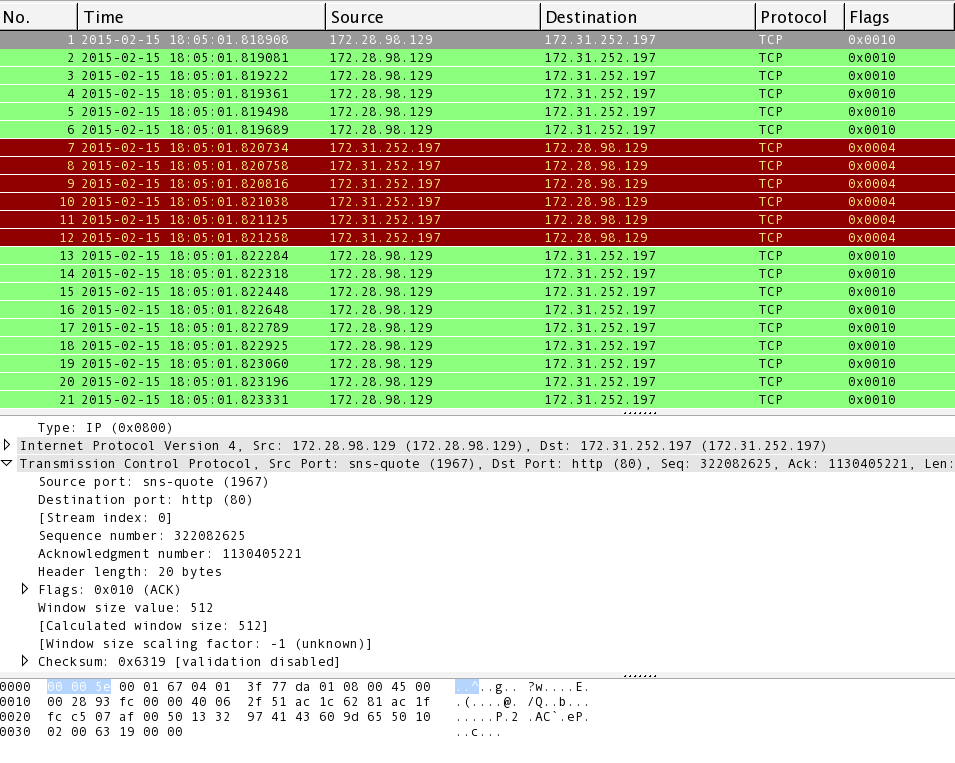 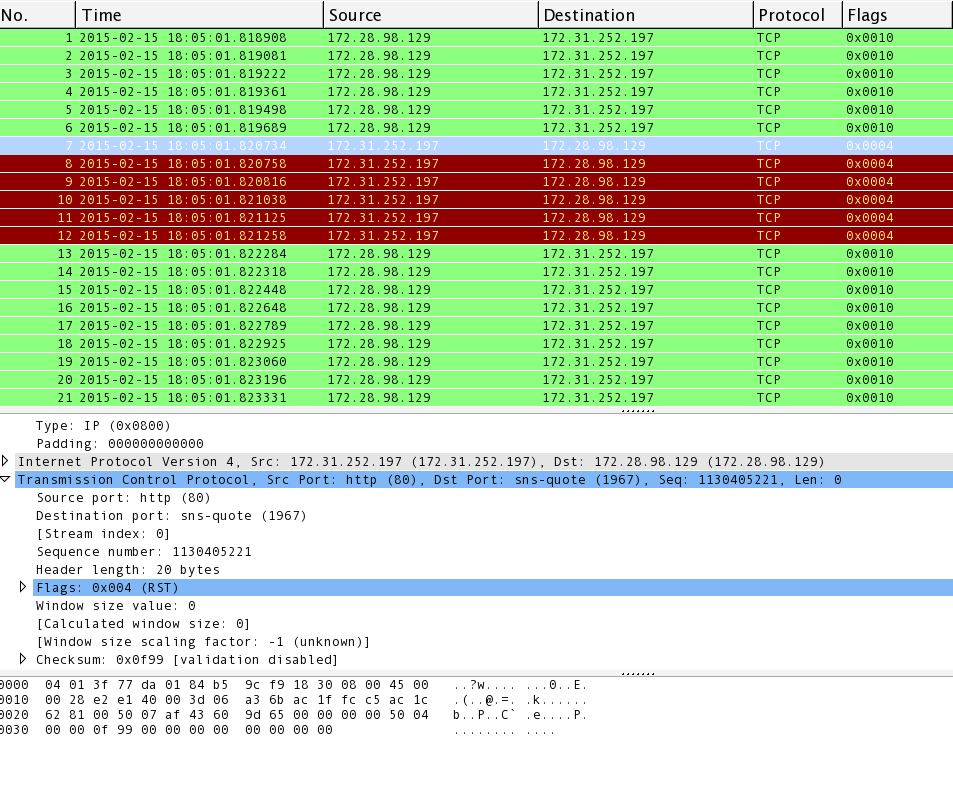 The reason this RST packet is received in response to the original ACK packet is because the TCP stack receiving the ACK packet never had a corresponding sequence of SYN – SYN+ACK +ACK (Otherwise known as the TCP handshake). Some environments may opt not to send a RST packet back to the source of the offending ACK packet. The ACK packet is known as an out of state packet.

“Image 3” – See only ACK packets for SRC IP in Wireshark 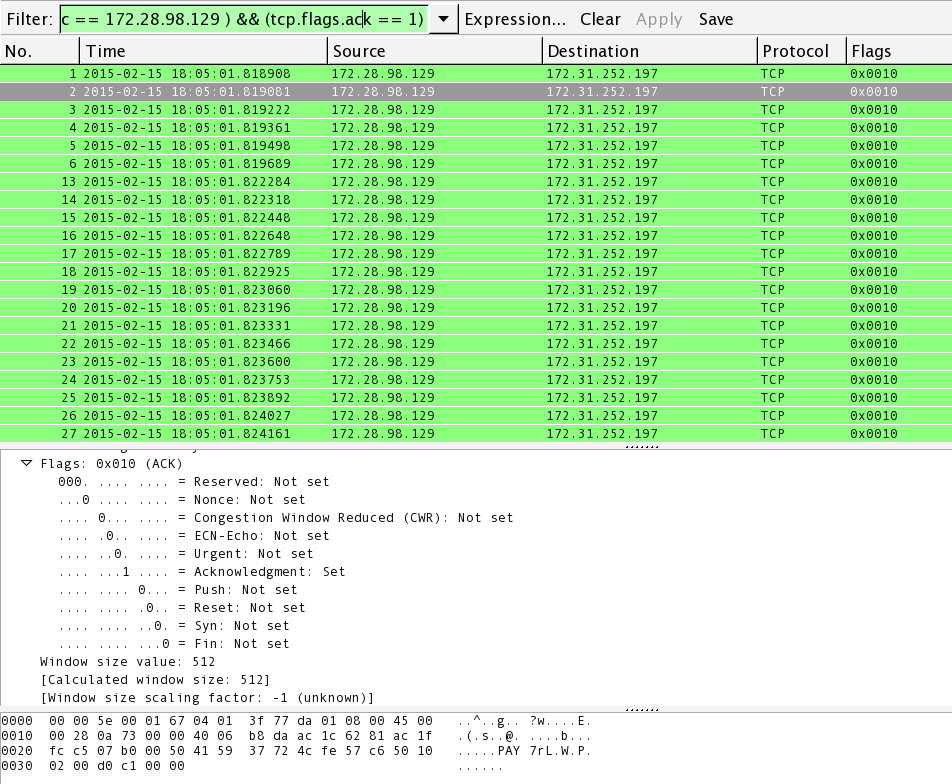 As seen in the image above. The capture analyzed is 2 seconds and the average number of packets per second are at 7133 PPS, with a rate of around 385Kbps. Look at the “Displayed” column only.

A typical ACK flood running against an unsuspecting host will look similar to the above analysis. Generally what is seen is a high rate of ACK packets (not preceded by a TCP handshake) and a slightly lesser rate of RST packets coming from the targeted server.

Analysis of an ACK flood in Wireshark – Filters